I traveled back to Dallas about ten days ago with the intention of visiting with my dad, my sisters, my brother-in-law and two of our college’s alums. 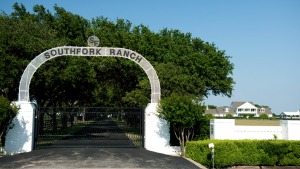 Because I prefer to fly Southwest Airlines, I know that when flying to Dallas from Omaha I will go first to Chicago or St. Louis. Well, on this trip to Dallas the route was through St. Louis, almost twice. On the final approach to Lambert Field the first time, we were descending at what seemed to be a normal rate. The houses, cars and other ground-level objects were getting larger, and the surface level lights clearer (it was already dark). Then, suddenly, but without drastic evasive type actions, we pitched up and started climbing again. We took a very long time to circle back around and this time we landed without any complications. I am not sure how many of my fellow passengers even noticed what had taken place. Moreover, there was not a peep from the flight crew. Mmm. No explanation was offered (never is there one offered). So, don’t ask because they won’t tell.

I had not flown during a holiday season in quite a while. My return trip to Omaha was on the Monday before Thanksgiving and the airports were jammed with people, but full of joy and laughter—virtually no weather delays. The flight from Dallas to Chicago was almost festive. Larger groups of families and friends were traveling together, buoyed by the thoughts of soon seeing their loved ones in Chicago. The landing in Chicago was a rough one. The crosswinds were 30 mph with higher gusts and the aircraft was doing that wiggle wing thing that makes all of us just a bit nervous (they won’t tell about this one either). There were a few discernible references to the lord and Jesus from various passengers. The pilots were doing their best “crabbing” in order to get the plane to line up straight with the runway. Loud clapping broke out when we finally were settled comfortably down and traveling along the taxi way and on our way toward the gate.

It turns out that the Thanksgiving holiday is a popular time to try to bring banned items on to planes. I have written in previous blogs on banned items, and I am always amazed by the fact that so many passengers simply refuse to be deterred by the rules. Perhaps some believe that holiday spirits are boosted by stun guns and hand grenades. This year, as in the past, passengers were detained for a broad range of carry-on and checked baggage infractions. A 94 year-old man from Brooklyn was stopped by airport security because during the screening process it was discovered that he had a holstered loaded gun on his belt in the small of his back. Did he really expect to “pass” through the x-ray machine or “survive” a pat down by a TSA official? It turns out that the TSA has already confiscated many more fire arms in carry-on bags, 1,973, in 2014, than were confiscated in all of 2013. Please consult the TSA blog to learn more about what not to carry on and what not to say as well as the latest lists of items found during security checks.

Fracking and its effects are becoming a serious topic of discussion in the Dallas-Fort Worth area. During my visit there was a 3.3 magnitude earthquake in Irving, Texas, 1.82 miles underground. Many of you know that Irving was once the site of Texas Stadium, former home of the Dallas Cowboys, and the quake was not far from the old site.

That quake was the sixth strongest in the last six months, and there is a growing body of evidence that fracking is the underlying cause. Azle, a smaller town near Fort Worth, has experienced hundreds of quakes since fracking began in earnest. There is a legal challenges to fracking in north Texas. Denton, one of my former home towns and home of the University of North Texas (once North Texas State University—think Joe Greene) has banned fracking in the city limits. Two days after citizens voted to enact the ban, the chairman of Texas’ oil and gas regulator said that she would not honor the ban and that she intended to issue more drilling permits. Her claim is that the city of Denton does not have the authority over drilling activity in the state. The Texas Oil and Gas Association and the Texas General Land Office have also filed suit in order to lift the ban. There are several key issues here and none will be resolved soon. Other cities and states are passing laws designed to limit and or further regulate fracking. Those laws will be challenged in court, playing out over a very long time.