I was back in Chicago in early October to attend the Mid-American Business Deans Conference (MABDA). As you might remember, in the past MABDA has been held starting the day of the Chicago Marathon, and I have always liked being there on race day. The sights and sounds of over 40,000 runners and cheering crowds of over 1 million make the race a great event. Not this year. We moved the meeting back one week because of the havoc created for those who drive to Chicago for the meeting. The traffic on race day is bad, with street closings that are not easy to understand or predict. Taxi and Uber drives are sometimes at a loss with regard to the best route from airport to the Omni, and those who drive in from wherever seem to just drift from street to street hoping for an opening. Well, the drivers have prevailed and we will no longer meet on race weekend, so sad. Anyway, MABDA was good, and as always I came away with a few ideas that we will try out here. I also learned that the longest standing dean in our group, at 23 years, is retiring. That puts me near the top at 13 years. Recall that the average number of years a business school dean has in her/his current post is approximately 4.5. So, in dog years…

The first event for MABDA is on Sunday evening at Loyola University. I flew in to Midway on Saturday, giving me early and midday Sunday to do some work and explore. This year I chose to take an architectural tour on the Chicago River. The tour starts just a bit southwest of the Wrigley Building, right at the front of a Trump International Hotel and Tower (all of the retail space on the first two floors facing the river was vacant, leasing informational available, what?). The river tour is 90 minutes, first moving east to Lake Michigan and then west to the north/south split in the river. The tour takes the north split first, and then the south route. 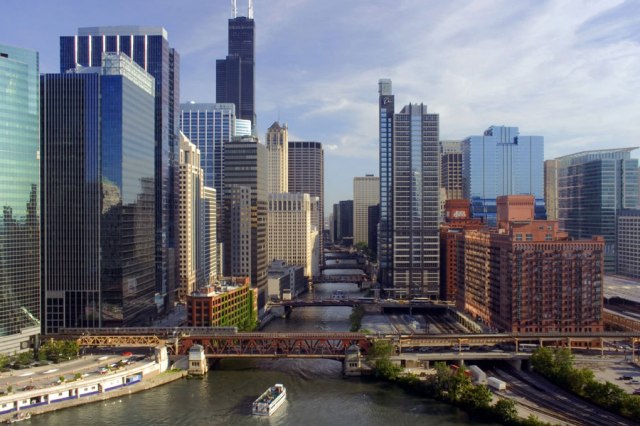 I recommend the tour to anyone who has an interest in architecture, the history of Chicago, and/or who just likes getting out on a boat. Our tour guide was first rate, providing the small details about a building or a location that makes a story jump to life. For example, the structure currently on the southeast corner of Michigan Avenue and the Chicago River, the Art Deco building built in 1928 by Fred M. Torrey, was once the site of Ft. Dearborn. As it turns out, the fort was located there because it was on the lake at that time. The several blocks of land east that we see today have been made possible by infill and adjustments in the location and flow of the river.

Chicago’s history of architecture is most interesting, and much of it can be seen from the river. The world’s first modern steel-framed skyscraper, the Home Insurance Builder, was built in Chicago in 1885. Of particular interest, to me, are the river views of the Wrigley Building (1924), Tribune Tower (1922), Old Main Post Office (1921), and the Merchandise Mart (1931). The post-World War I flurry of construction was most impressive, but most work ended by the early 1930s when the effects of the Great Depression took hold. 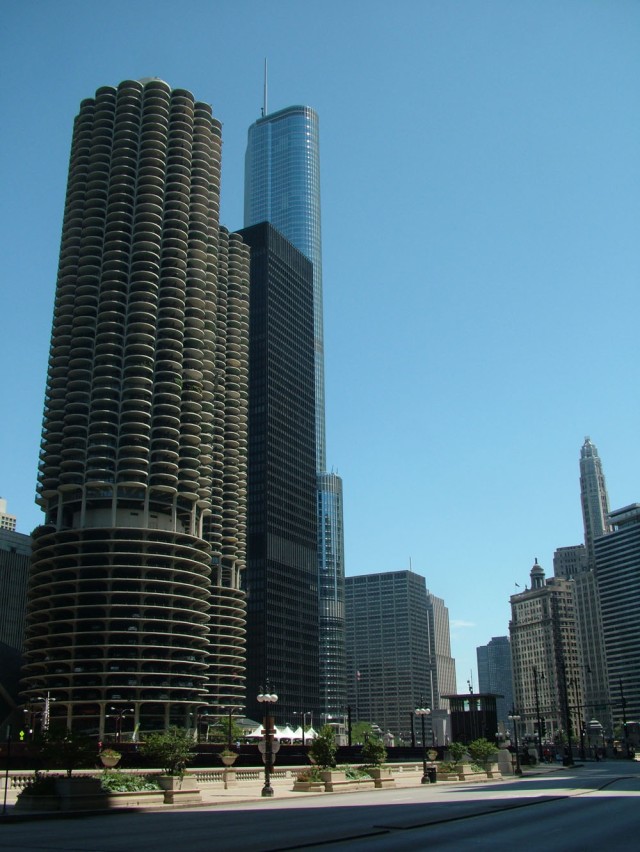 Yes, the Chicago Cubs are in the World Series for the first time since 1945 (they lost in seven games to the Detroit Tigers). In early October, the baseball playoffs had started and the Cubs happened to be home when I was there. No, I did not attend. Never far from any conversation about the Cubs and the World Series is the curse of the goat. The curse was delivered in 1945, but the stories about whether or not the curse was later rescinded (how do you take back a curse?) are not clear. So, William Sianis and his goat, Murphy, arrived at game 4 of the World Series on October 6, 1945. William, Billy, had two box seat tickets for the game, one for himself and one for Murphy. They went to their “seats” and proceeded to “watch” the game. Well, the goat and Billy had peculiar odors about them, goats often smell goaty, and a few complaints were made by fans within the smell-sphere of Murphy.  Billy, was asked to take his goat and leave, and an outraged Sianis is reported to have said, “Them Cubs, they ain’t gonna win no more.” His family reported that he later sent a telegram to Cubs owner P.K. Wrigley which read, “You are going to lose this World Series and you are never going to win another World Series again because you insulted my goat.” So, the curse was in play. There is one version of the story that Billy and Murphy never got into Wrigley Field that day, having been turned away by officials at the entrance. On October 7, 1945, the Chicago Sun reported that Billy left Murphy tied to a stake in a parking lot, and attended the game alone after Murphy was not allowed into Wrigley Field. Either way, the “curse” lingers 71 years after the story’s origination. 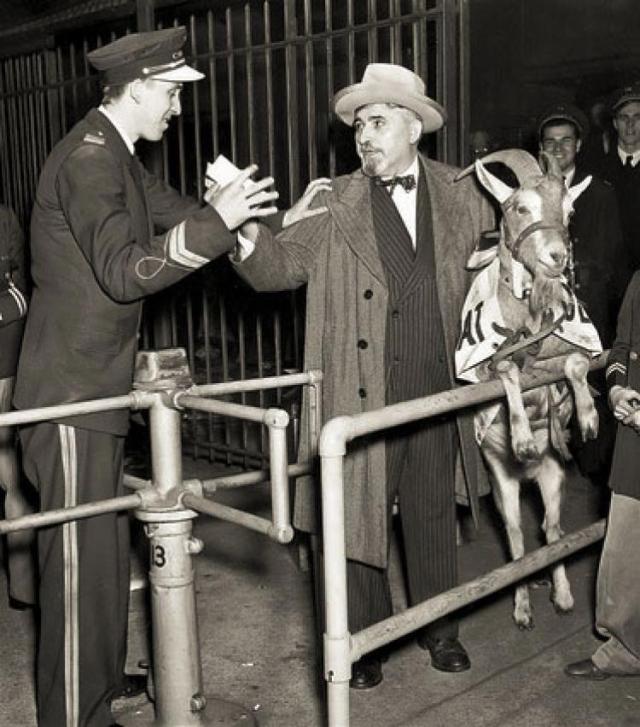