It was back to Texas in July. One of those nasty north Texas hailstorms had totaled my dad’s roof, and it needed fixin’. Roof replacement is tough work especially on a sunny Texas day when the ambient temperature hits 100 degrees. I was not on the roof though watching the crew try to stay cool caused me to wonder how I ever did outside work (road crew and hod carrier) in that relentless beat down environment. Well, Pops has a new roof and none of the workers fell off. 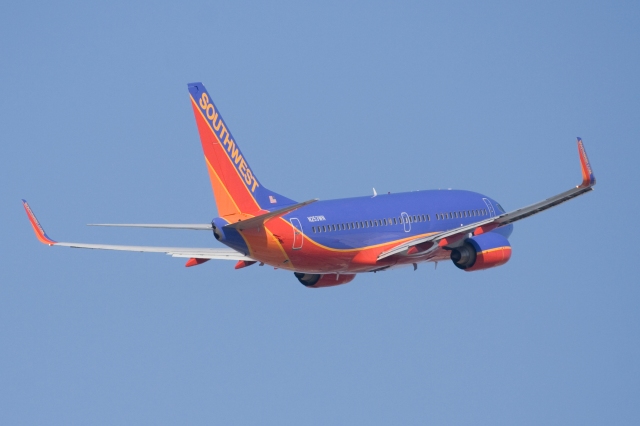 Each time any of us plans air travel, we know that it is possible to have delays. I know delays. I haven’t been on a flight from Omaha to Dallas that has left on time in many months. This time, bad weather in Philadelphia delayed our plane’s travel to Chicago (then to Omaha) and the delay rolled downhill as our inbound flight was late. The ground crew did a great job in turning the flight around, almost.

There was a discrepancy between the actual passenger count and the official list of passengers (one more person on the aircraft versus the official list). Time passed, and then we did a roll call, yes a roll call! Aaron, here, Anderson, here, Butts, here… About midway through the roll call, a crew member came on the horn to announce that they had figured it out and we would soon be underway. An uneventful push back took place.

But, it was not over. Guess what? The list was right. We had too many butts in seats. After pushback, yes, out in the middle of the tarmac, some genius realized that they were on the wrong flight. And, you have guessed correctly, we rolled back to the gate. No one said anything. No cat calls, no booing, no hissing, and no tweets, just relief that the culprit had self-deported, and departed. Imagine what it might have been like had that passenger been sitting next to Ann Coulter.

Finally, it was time to sit back and relax (no Sudoku again, come on SWA bring it back!). I eased back into the book, House on Fire, a great story about how science, innovative thinking about the spread of a specific disease, and good judgement were brought together to eradicate smallpox in Africa and India. I know what some of you are thinking. This dude is weird. How can a book that tells the story behind the eradication of smallpox be interesting? You will just have to trust me, it’s a very good read.

Have you ever asked yourself about the three digit identification number found in the wheel well and other locations on commercial aircraft? What do those numbers mean? Perhaps you haven’t thought about it, until now. If you follow that number (go to a list of airlines, click on an airline, and then click on the three digit ID, https://www.flightradar24.com/data/aircraft/), you will find type of aircraft (e.g. B737), serial number, age of aircraft, today’s schedule (all origins and destinations), a schedule two days in advance, and the flight history of the past week. Click again and you can see flight router, number of miles, average flight time, and for completed flights graphs of altitude and speed changes for each flight. Wow! Perhaps this is more than you will ever want to know.

I have described my many visits to Dallas and north Texas before, and I will spare you news about any trips to Whataburger, the driving habits of cowboys, or Big Tex. One item of difference on this trip is notable. We decided that it was time for a road trip in and around the small towns that surround Denton, Texas. My dad lives in Sanger Texas, not far from Lake Ray Roberts which is a very cool place for boating, fishing, and just hanging out. On the other side of the lake is Pilot Point, an old haunt for Bonnie and Clyde. The 1968 movie about them was in part shot in Pilot Point (one of the bank robberies). We also saw Krum, Ponder, Gainesville, Bolivar, Vally View…, all interesting places in one way or another.

My favorite spot was found by accident driving along on a barely-paved country road. Coming up over a hill and through the dust kicked up by the previous vehicle, we saw some incredibly bright signage. Several as yet unclear images stood in the front yard of a good-sized ranch. We were curious. We drove into the ranch entrance (the gate was open) only to find a sign, “If Nudity Offends You, Turn Around.” Stunned, but not deterred, we drove on, a bit. Well, it was the world famous Adult Bike Rally right there in the Texas countryside. Naked and tattooed people on Harley’s, who would have thunk it? Sometimes, but only sometimes, I miss Texas.