I was in Iasi (pronounced Yash) Romania the third week of October, my first trip back in 20 years. I was there primarily to help celebrate the 25th anniversary of the Romanian-American Center for Private Enterprise, a business development center modeled after our Nebraska Business Development Center. The Romanian center is housed at Al I. Cuza University, the oldest state university in Romania (157 years old).

Iasi is a classic Eastern European city in the north eastern part of Romania. Just 25 miles to the east is The Republic of Moldova, which until World War II was part of Romania. The Russians and Germans were quick to re-make borders, although Eastern and Central Europeans are also good at boundary re-draws (remember the Austria-Hungarian Empire?). Iasi is also a short drive from Ukraine. 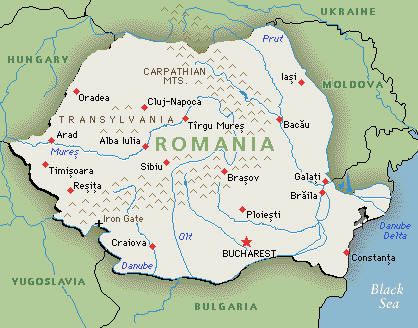 Iasi is a beautiful city, known for its elegant monasteries, classic architecture, palaces, botanical garden, and friendly people. In the 25 years since my first visit to Iasi (1992), much has changed. Dreary streets and department stores are now teaming with people and full of a broad range of local and international products. Men, women and children are seen in fashionable attire, much like can be found in any other European or American city. Grand old buildings such as the Traian Hotel (designed and built by Gustave Eiffel) have been refurbished and modernized, at the same time retaining the cultural integrity of a city that is 500 years old. The Pallas Mall is a new 21st century addition complete with excellent restaurants (outdoor seating) and many shopping opportunities. 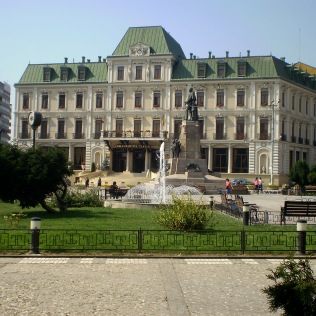 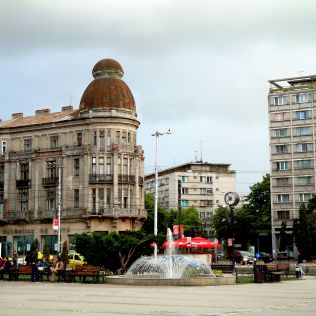 The best surprise of the trip was the front and back-of-the-house tour of the botanical gardens in Iasi. This garden is as good as one will find anywhere in the world. We had two guides, one specifically for me. He is a faculty member at Al. I. Cuza University, and his laboratory is located in one of the buildings at the gardens. His English is very good (I have no Romanian language skills), and our ongoing conversation focused on his research that centers on developing crop nutrients that do not pollute streams, rivers, and underground water sources. We also spoke a lot about the new and seasonal developments at the gardens (they were preparing for their annual end-of-October/November event that draws visitors from all over Europe), and the incredible hot pepper collection that I saw during the tour. The botanical garden dates back to 1856. 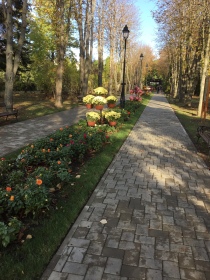 Al I Cuza University is one of five state universities in the city of Iasi (total student population 60,000; 23,000 at Cuza). Our first project at Cuza (1991) focused on making curriculum changes at the College of Economics, now the College of Economics and Management. Most of the planned economy elements were gone by the time of our arrival, yet their program structure and coursework had not changed very much. We worked very closely, both in Iasi and Omaha, with their team of faculty members to make the changes. Home stays for faculty visiting Omaha cemented our partnerships, and made lifelong friends of our visitors. The transition to our next project, establishing a small business development center, was a natural off follow-up our previous work.

The ride to Iasi was smooth and almost without delay. The Omaha – Chicago – Vienna – Iasi pathway minimized layover time, and I arrived at the new Iasi terminal (it has two gates now and flights on numerous airlines) reasonably well-rested. The all red uniforms of Austrian Air (Chicago to Iasi) are very cool. By contrast, my first trip to Iasi took the Omaha – Atlanta – Frankfort – Bucharest – Iasi route, and the Bucharest to Iasi leg involved an overnight stay in Bucharest and a six (or so) hour train ride from Bucharest to Iasi.

The time on the spent train to Iasi was very interesting. There were many stops, which allowed me to observe what life in smaller place Romania was really like. The sites that I saw between towns; for example, people, mainly women, tending to crops and vineyards, are images that I will carry with me forever. The large, and somewhat disorganized, crowds in the Bucharest and Iasi train stations made me understand clearly that I was in another place.

Fly and Buy magazine (on United Airlines) appears to have replaced the Sky Mall as the way to purchase stuff while travelling by air. Under the magazine section ‘Good and Tasty’, one can buy cigarettes (e.g., Lucky Strike, Chesterfield, and Winston), and in another session expensive watches—14 pages (e.g. Zeppelin, Boss, Rotary and Aviator) are available. Gone are the opportunities to purchase gargoyles, yard art, funky lamps, and globes that also function as a mini bar. Oh, how I miss the Sky Mall.