As noted in the first of this series of posts, the major goal of this trip was to visit my great-grandparents’ hometown, San Cipriano Picentino, or SCP as my cousin Vinnie refers to it. SCP is a beautiful small town that is a short distance from Salerno, and about 67 kilometers (40 miles) from Naples—about an hour’s drive. The roads around SCP wind up, down, and around a very hilly countryside. The history of SCP has been traced back to 88 A.D., and over time the area has been influenced by the Romans, the Normans, and the Kingdom of the Two Sicilies. Also, SCP is only 40 kilometers (24 miles) from Vesuvius. I wonder if people first came to SCP to get out of the way of the 79 A.D. eruption that buried Pompeii and Herculaneum. 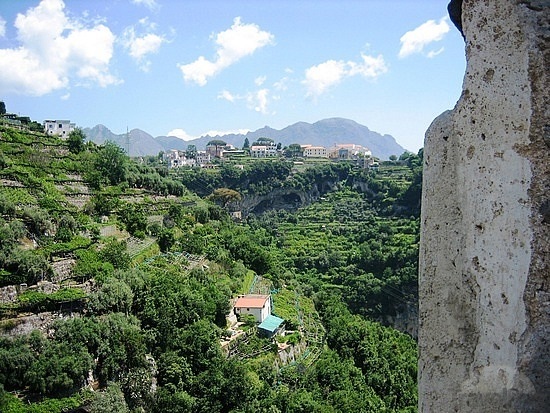 We did not stay in SCP for a long time, just a few hours. We spent some minutes with the mayor’s assistant, the mayor (a very short visit), our genealogist consultant who gave us new information about several family members, cousins who we met at a church known as the Parrocchiale (our great grandmother’s church), and other cousins that we met along via Ardovino, our street. The church is more than 1,000 years old and has frescas that are being restored (some goofy people painted and plastered them over) as well as a few glass plates in the floor, making it possible to view a few church artifacts.

I grew up believing that the name Ardovino translated to English as “hot wine”. Ardo means burns, blaze, be on fire, combust, or filled with strong emotion (no shortage of this last one in our family). Vino means, well, vino. However, I have learned that there is a second definition of Ardovino, brave friend. Cousins, please weigh in on this. 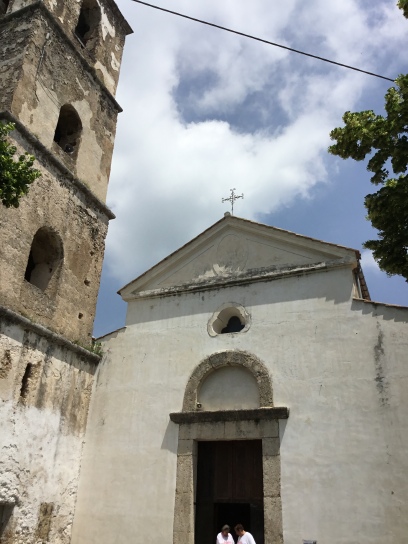 The vegetation around SCP is made up of fruit trees, hazelnut and chestnut trees, and the usual collection of olive trees and vineyards (so, is there a place in Italy where there are no vineyards or olive trees?). The wine in and around SCP is first-rate. They’ve had a long time to get good at making wine and on equal timeframe for drinking it. Italians like to celebrate (who doesn’t), so a number of festivals are held throughout the year. September 16th is the day of the protector, and there is a major festival on that day. Throughout September, there are a series of wine and olive oil festivals. On the last Sunday in October there is a chestnut festival, complete with a big parade and donkey races. I’ve never seen a donkey race, but I understand that the races are very competitive. On December 8th, The Immacolata (immaculate) is celebrated, followed by all of the celebrations connect to the Christmas season. In sum, there’s always a party to be found in SCP. We didn’t find one, because we weren’t there long enough.

On our way out of town (this is where we split up and five of us drove to Salerno and the Amalfi coast, while the others went back to Rome), we stopped to eat at the Villa Rizzo Resort and Spa. Rizzo was my great grandmother’s maiden name. The Villa Rizzo is a spectacular place, one where we plan to stay during our next visit. Of course, we speculated about the name Rizzo and did it mean that we are somehow connected to the spa and resort. Perhaps we can get an answer to this question during our next visit. 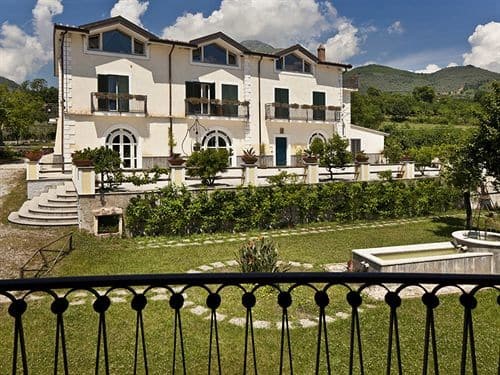 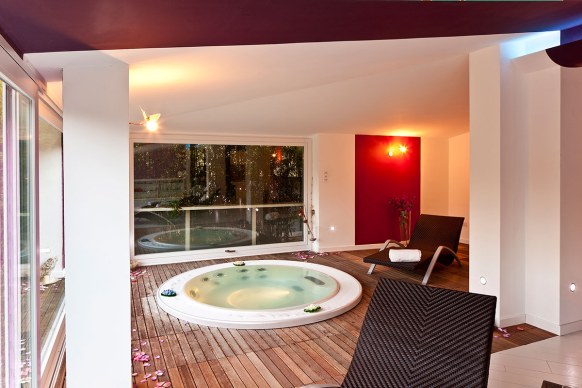 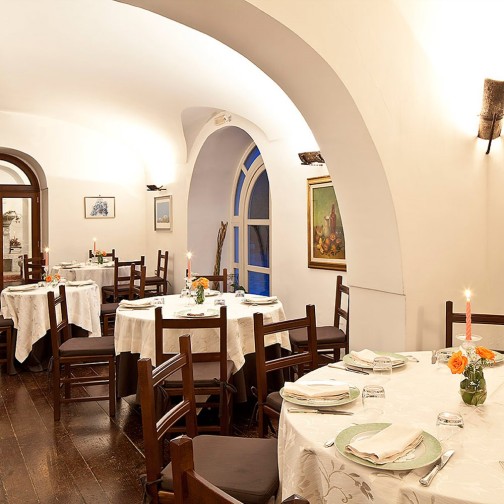 The pictures below were taken in SCP. You can see the hilly countryside and rural nature, yet much of the housing is more modern. I have also added a picture of my cousins Danny, Antonio, and George, left to right. Our cousin Antonio lives in SCP. Danny as the son of George, who is the son of my mother’s older brother. Got that? George and I are first cousins. A conversation about second cousins, cousins removed, and the other distinctions that none of us understand will have to wait for another day. Let’s get back to the sea. 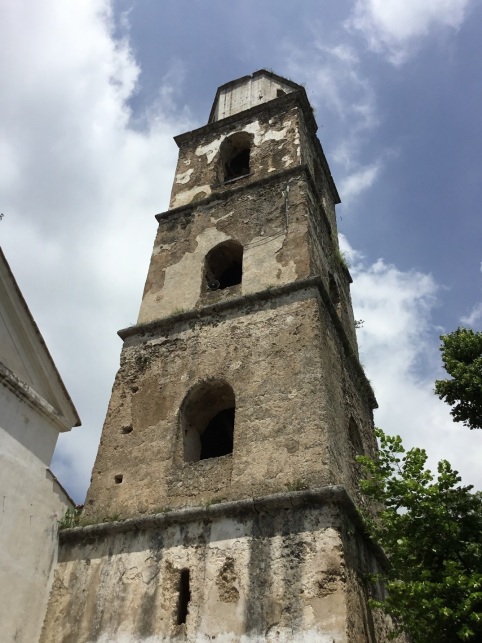 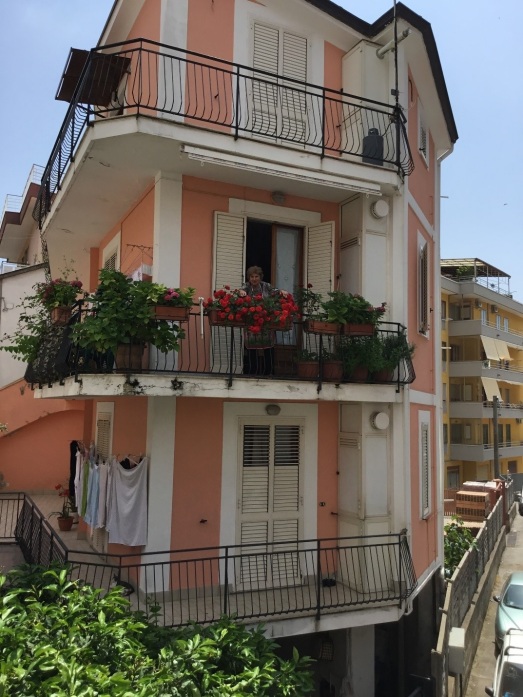 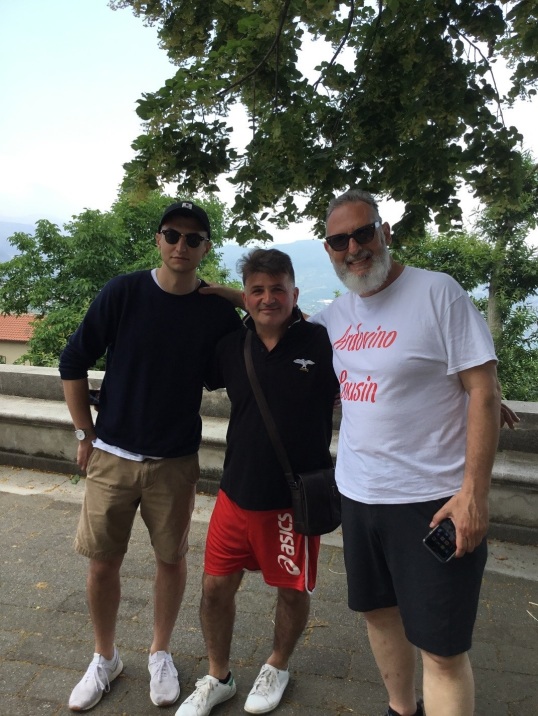