We flew into Panama City last week for some R & R. The official name of the airport is Northwest Florida Beaches International Airport, although it should be noted that there are no direct international flights into or out of the facility—so what does international mean? It’s a small airport, only seven gates, but very nice and convenient—one of my favorites. It’s new (2010), and has one of the best rental car arrangements I have seen. Check-in and check-out for cars is in the airport itself with the vehicles are just a short walk away. There is no second check-out. Once you are in the car, just drive away. I was staying in Destin, west of Panama City, and access to the roads away from the airport were well marked. You should know something else about the airport; it did not come without controversy. A referendum to build it resulted in a negative vote, yet it was constructed anyway—so much for the people’s will. It has only one runway because lawsuits are holding up the construction of the second, crosswind, runway. Stay tuned!

Panama City was once named Harrison. Why was the name changed you might ask? Well, if you recall, the French started construction of the Panama Canal in 1881. After many deaths (Malaria and Yellow fever), huge debt and very slow progress, the U.S. bought out the French and took over the project. More deaths and more debt followed, but we finished the job—but not until 1914. For all of you cartographers who like to place string on a map between two points, get your string out and connect Chicago and Panama City, Panama. Yep, that line goes through Panama City, Florida (once Harrison, Florida). It seems that real estate developers in the Florida panhandle early in the 20th century wanted to drum up interest in the area, and yes Harrison became Panama City. Only in America. 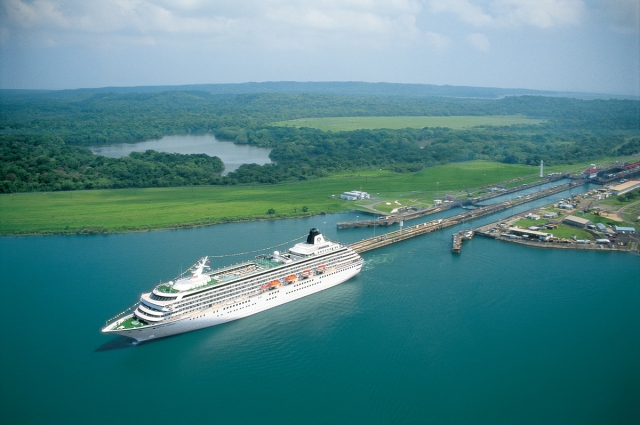 The trip was enjoyable, but like many just not long enough. The strip of beaches that run from Panama City and Destin and beyond is known as the Emerald Coast. One look at the water along the beach and it is easy to understand how the name came to be.

Panama City Beach has had a lot of news coverage recently as Sean Hannity continues his War on Spring Break. He has focused on Panama City Beach, in particular, as he revs up his audience against the extreme hedonism that he claims to have uncovered. Spring break has been around a long time, so I am not sure there is anything else in the way of hedonism to uncover. There are some important stories to tell, but many of these some not gotten top headlines. For example, spring break brings out some of the worst criminals in our country. They prey on the spring breakers and are a real menace as far as law enforcement officials are concerned. I should remind the reader that our destination want Destin. The spring break crowd in Destin apparently did not get the memo received by their counterparts in Panama City Beach. They were well mannered for the most part. Not all spring breakers are alike.

By now all of you know that I have an interest in lists. You were first introduced to this interest when I reported on “things you cannot carry on to a plane”, in India. I was not disappointed in my quest for lists on this trip, and they went far beyond the usual list of do-nots by the pool (e.g. no running, capacity 30 persons, and stay out of you are sick). Consider a few of these: