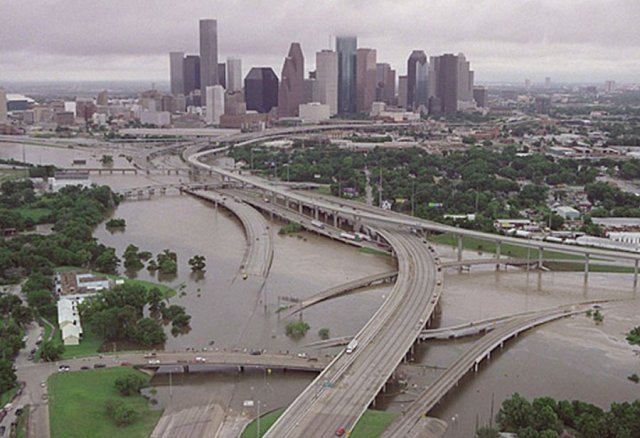 There seems to always be some kind of excitement each time I visit Texas. While I was there this time to visit my dad and my sisters, it would have been impossible not to be aware of the flood waters as well as statewide debate on open carry (and concealed carry at Texas universities that will make those places safer). Before leaving Omaha, both of my sisters had spoken to me several times about the never-ending rain, rising creeks, rivers, lakes, and heroic rescues of people who were really caught by surprise or too goofy not to get too close to the rising waters. They also told me that I would see the effects of the flooding before our wheels hit the ground, the lakes were no longer at drought stage. Well, they were right. The lakes were at levels I had not seen in many years, close to highway and bridge levels in some places, and threatening homes and businesses all over the state. The drought is over, at least for now.

My drive from Love Field in Dallas, north to Sanger gave me an eyeful. Crossing Lake Lewisville just south of Denton I could easily see how close the water level was to the railroad bridge (way back when some of us jumped off that bridge in to the lake – just a mere step off now). The boat entries to the lake were nowhere to be found and some of the boat docks were all askew as the rising water dragged them off to wherever. One wacky story came directly from my youngest sister. On the day before Mother’s Day my sister and my mom were looking out her (my sister’s) back window at the raging creek just behind her house. The creek was carrying its usual collection of tree branches, lawn furniture and the like when my sister asked, “Is that a head I saw go bobbing by?” Well, some poor cowpoke or whatever had gotten too close to the water and he was now on the ride of his life, better than any flume action at Six Flags. Imagine the look on my mother’s 80 plus year old face (mom, I did not give up your exact age) when she saw that cranium go cruising by. I can be cavalier in writing this story because it has a good ending. After speeding under the bridge and bobbing right by my now very shocked mother, Billy Bob reached out and snagged a tree trunk, stopping the ride none too early. The bridge across the creek is not too far from my sister’s house and soon there was a brigade of rescuers helping Billy Bob get off his ride of a lifetime. He was battered and stunned, and perhaps waiting for another chance to surf the creek. The rescue squad arrived and all was well. Big day mom? Happy Mother’s Day a bit early.

The other big story from Texas was observing the legislature (known as the Leg and pronounced ledge) and governor dance over concealed carry. It is already legal to carry an AK-47 slung over your shoulder and stroll into Walmart in Texas, so the issue was could a person carry a pistol or other sidearm into Walmart, K-Mart Tarty-Mart, Nebraska Furniture Mart…, well, you get the image. It was a split issue meaning that it was yes you can, no you can’t, but if you can are there any limitations? After considerable public debate, very high dollar lobbying, and the usual posturing for all to observe, a bill was passed that allows open carry if one has a permit. The governor signed the bill. Next up, concealed carry on campus (with a license) so that those places can become safer. It passed. He signed it. 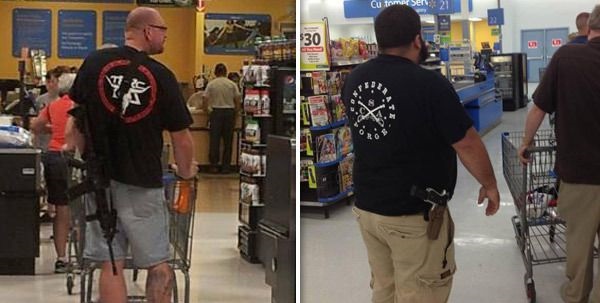 I have been on one college campus or another for nearly 60 years. I’ve seen a lot with respect to young person’s behavior influenced by hormones, drugs, alcohol, stress, or sometimes a combination of all of those. Forgive me, if you wish or think I need forgiveness, but I am having trouble understanding how a gun can enhance that environment, even in the random case when the likes of Charles Whitman starts shooting at all around him. The permit/no permit issue is not dead. The strongest proponents of open carry do not want the limitation of having to possess a permit. Every Saturday morning, when I am home, I watch at least one episode of the Rifleman. No permits and poor Lucas McClain averages one kill per episode. Mmmm.

I did hear a new term during my visit while I was talking with my dad. It’s a “respectable” tornado (more than a F1). He was up late one night, and a little antsy because some rough weather was in the area. But when he learned that the weather had calmed and that the likelihood of a respectable tornado was small, he was able to go to bed and rest easily.

Lastly, I prepared myself well for this trip to Texas by reading several issues of Texas Monthly, back-to-back-to-back. It’s a great magazine, and once a year seems to have a story about a murder that involved a grifter, in a recent story she was a former beauty queen, a doctor, two of them this time, ex-wives, wives, infidelity, friendship and greed. It also had a gun (not open carry) a knife, insane jealousy, lots of money and many, many Facebook posts. And, it took place in Lubbock, the birthplace of Buddy Holly. 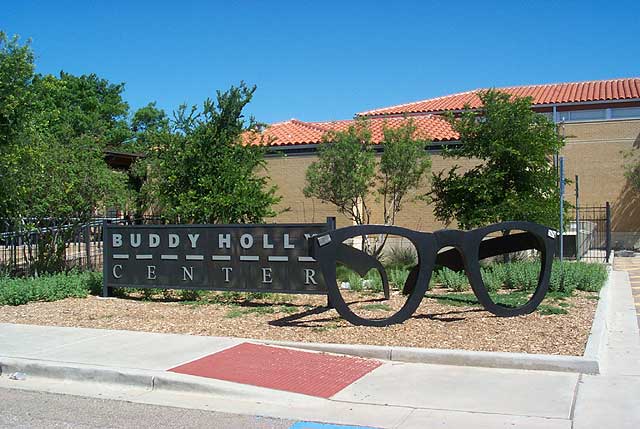