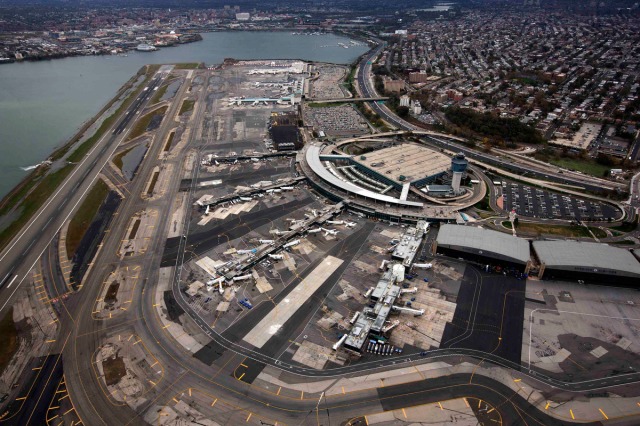 Soon after returning from Texas, 1.5 days to be precise, it was off to New York (LaGuardia), specifically Brooklyn and Manhattan, in the role of traveling grandchildren sitter. I first flew into and out of La Guardia more than 60 years ago from and to Midway. In many ways LaGuardia has not changed in those 60 years. Narrow hallways, odors that do not happen naturally, and surly attitudes everywhere encourage passengers to get in and out quickly, and in many instances swear that they will never, ever set foot in that airport again. We have all heard the same about other airports, think LAX. The trip in was better than anticipated. Baggage, yes we checked a bag, was retrieved quickly and we easily found the driving service that was taking all of us to our rented condo in Brooklyn. Traffic around LaGuardia is normally slow, but an early afternoon arrival saved us from the worst.

Returning to Brooklyn brings back great memories for me. My great-grandmother, Giovanna, my aunt, Anna, and my uncle, Watson, lived in a nice home in the Cornarsie section of Brooklyn at the time of my birth. I had a good collection of cousins there as well, almost all with fine Italian names such as Giunta and Pantano. I saw those relatives often as we traveled from the Bronx on Saturdays or Sundays to visit, hearing stories about all kinds of people alive and dead. My great-grandmother’s family came from a town name Gangi in central Sicily. Janet and I have been there, and it is beautiful. My great-grandmother ran off to the U.S. because she married an unapproved man, and it was best if they just got away.

The rented condo was near the Bedford-Stuyvesant section of Brooklyn, also known as Bed-Stuy. Three decades ago this was also known as a combat zone (listen to Billy Joel refer to it in his song “You May Be Right”). One of my cousins was a police officer in Bed-Stuy, it was a dangerous pace. Anyway, Brooklyn is well into the third decade of a renaissance. Manhattanites have flocked there because it is cheaper to live in Brooklyn (not so much these days as property values have soared). Middle class and poor people have been squeezed during the boom. Places like DUMBO, Williamsburg, and Brooklyn Heights are now sought after places to live, work, and play. Janet and I had a chance to see some of this development a few years ago when we took a beer and chocolate bike tour from Manhattan to Brooklyn and back. Riding bikes across the Williamsburg and Brooklyn bridges is pretty cool.

The condo was nice enough, with a rooftop deck that give us a partial view of the Manhattan skyline. We had enough space to spread out, and we were only one and one-half blocks from a subway, which we could easily ride to Manhattan and other parts of Brooklyn. I still like the subway and elevated forms of transportation. Travel this way is just so much a part of being in New York.

The day before we were scheduled to fly back to Omaha, we were at the Central Park Zoo (a good place for younger children) hanging out with the animals, three of my cousins and other family members, At the same time the Celebrate Israel Parade was coming up Fifth Avenue (the eastern boundary of the park), and for three hours the southeast corner of Central Park was hopping with music, dancing, and messages subtle and not so subtle about the importance of a strong U.S./Israel relationship. Later in the day, there was a little rain, which, of course, turned out to be, as Texans call it, a frog strangler. During the worst of the downpour we made our way to Little Italy (what’s left of it) so that I could have a cannoli at Ferrara’s. The cannoli was great, but a bit moist. And, the rain continued, all night long.

Gully washers anywhere disrupt life, and in our case, resulted in five delays of flight 777 the next day. Our scheduled departure was 1:50 pm, but we were pushed back to 3:25, 5:10, 8:10, 9:15, and finally 10:00 pm. No need to worry. We were in that fabulous LaGuardia airport, with two children under the age of four, four adults, and enough baggage and kid gear to support us for a year. No need to worry, that flight never took off in part because the incoming flight never landed. As the day wore on, there was the expected raised anxiety on the part of the passengers who knew deep down that there was a good chance that they were going to fly out of LaGuardia not today but, the next day, maybe. There were enough leftover passengers from Sunday night to fuel expectations that no one was getting out of there. And, some dude broke and started spewing whatever about how they could not do this to him, hoping that somehow those air traffic controllers would hear his whining and thus make it all right. He was escorted away, free to share his optimism with those who have more experience listening to that kind of stuff. I could go on, and have with those with whom I work, but I won’t. Hint: take the bus from LaGuardia to the Jackson Heights stop, take the el/subway at Jackson Heights to Penn Station, take Amtrak to Philadelphia, and board a plane to go home the next morning. And now on to California. 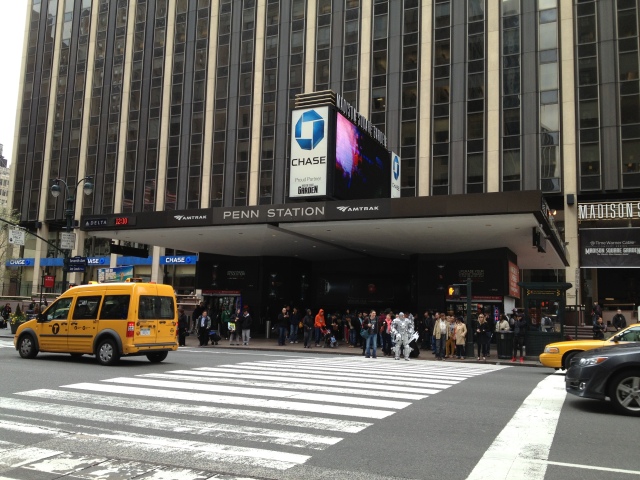