The phrase above is printed on a t-shirt that I own, one given to me by my sister Terry. It’s not a reference to meteorological reality, weather forecasting, or recent trends in temperature. I was back in Denton, Sanger, and Dallas in late February to help celebrate my dad’s 85th birthday. He is not big on birthdays, his or anyone else’s, and made us promise not to invite anyone other than my two sisters, my brother-in-law, my wife and me to any ‘event’ that we might have. We followed his wishes, after all, it was his birthday. Our birthday lunch was enjoyable. My dad was happy to be with his kids and his kids were happy to be with him. While my dad lived in Denton during most of his Texas years, he now resides in Sanger, a small town north of Denton, only about 25 miles south of the Red River and Oklahoma.

As I’ve noted before, I always enjoy being back in Texas, seeing family, friends, and reading and hearing about the economics, politics, and crime in the Lone Star State. My favorite headline and story during this trip was about a fight that broke out at a gospel radio station in Dallas between a Dallas County Commissioner and a radio staff person. In the spirit of brotherly love, only a few punches were thrown, there was a bit of pushing and shoving, and some of harsh language exchanged. Apparently, the two combatants had clashed before and the radio station merely provided a new venue for the latest dustup. It’s good that no one brandished a weapon. There are times that living in relatively sublime Nebraska makes me wish to reside in a more exciting place, the kind of location where this type of headline is regular stuff, where letter-to-the-editor exchanges become very personal and sometimes threatening. 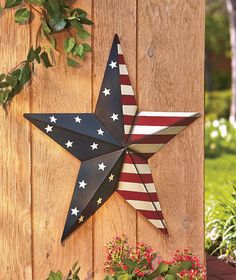 Denton is the 27th largest city in Texas, with a population of about 115 thousand persons. Denton is located in Denton County, so creative, just like Askarben, Nebraska spelled backwards. The boundaries of Denton County were approved by a vote of the Texas Legislative in 1846, the same year leg, pronounced ledge (that’s what it is called in Texas), voted to recognize Dallas County. Keep in mind that Texas was only annexed by the United States in 1845, just nine years after the fracas at the Alamo. Both the county and city were named for John B. Denton, a lawyer and preacher who was killed in 1841 during a skirmish with the Kichai people in Tarrant County (Ft. Worth). Denton is no longer the rather sleepy small town it was when we moved there in 1965. At that time the population was about 33,000, and both universities, North Texas State (now The University of North Texas) and Texas Women’s University were relatively small. Currently, there are over 45,000 university students in Denton.

The economy of the county has become more diversified, resulting in significant job creation and businesses expansion. At the same time, there are some timeless aspects of Denton, including its newspaper, The Denton Record Chronicle. It’s clearly a smaller town paper, with a local news and sport emphasis. It is a very quick read. My favorite section of the paper is the Blotter (crime) where headlines such as these can be found:

Some things do not change.