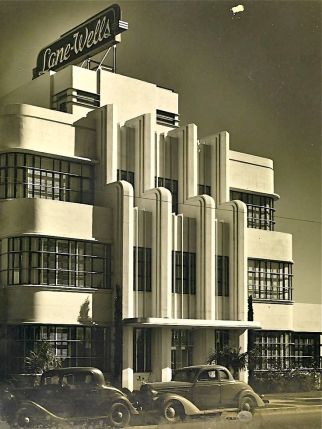 I was in Miami (Key Biscayne) in late January attending a meeting for business school deans. I know, you already have an image of a bunch of geezers talking about stuff of which you would never have interest. While some of your thinking is about right, there were a lot of non-geezers in attendance, and at the meeting even the geezers discuss the concerns of the day along with having conversations about art, culture, politics, travel, and personalities. The composition of the dean pool has changed slowly over the years (e.g., more women), and each year that I attend there seems to be more new faces. I am now ending year 12 of my deanship, and given that business school deans average about 4.5 years in their current position, it is not surprising that I would encounter many more people who are new to their roles. Each year I learn that several and sometimes many of my geezer brethren have decided to ‘step down’, but I am not sure what that really means. Unfortunately, a few have ‘stepped up’ to that everlasting deans meeting in the sky (just think about that for a few seconds). Some who have ‘stepped down’ have re-joined the faculty, not a good outcome from my vantage point. Most of us are not well suited to a quick return to the classroom after several or many years where we have focused on fundraising, addressing the issue of declining resources, adding new programs (and altering existing ones), finding qualified faculty, and at times engaging in hand-to-hand combat with provosts/vice chancellors, other administrators, special faculty, and a few parents of students who sometimes have valid concerns but often do not.

Miami is an interesting place, sometimes with news/events not found elsewhere. I happened to be in Miami at the halfway point of a python hunt. Yes, pythons, not native to Florida, but released by owners who “didn’t think that snake would get that big” are showing up in large numbers in fields and backyards, looking to chow down on poor poochie or some

vermin who happens to be in the wrong place at the wrong time. One of the stories I read reported that 66 pythons had been bagged thus far, and that a cold snap was helping the hunters because the snakes were moving slower. It was also reported that the hunters were also on track to double the 2013 haul (mm, let’s think about this, 66 times 2 equals 132 snakes, double the 2013 total). There must be many more pythons out there waiting for some innocent Chihuahua. Now golfers in South Florida face the possibility of having to play around an alligator or a python when settling in over putt or hitting out of a sand trap. If you wish to join the hunt next time, there is a training video online.

Other news headlines that caught my attention:

Finally, it is important to remember that President Richard Nixon had a compound in Key Biscayne in the 1960s and 1970s. The compound included a relatively small three bedroom concrete-block home with a pool, a private beach, and a helipad. The helipad was paid for by taxpayer’s money. President Nixon visited Key Biscayne approximately 50 times between 1969 and 1974, part of the time seeking refuge from the pressure of the Watergate hearings and his subsequent impeachment. The compound was near the home of friend Charles “Bebe” Robozo, who was later indicted for laundering a $100,000 donation from Howard Hughes to the Nixon re-election campaign. Rebozo passed away in 1998 at age 85. The president’s house was razed in 2004 and replaced by a $20 million, 11,000 square foot mansion. So much for historic preservation.