I have visited the east side of the gulf many times. You have read a number of my posts where I have written about Clearwater Beach, Tampa, St. Petersburg, Fort Meyers, and Naples, all great places to hang out. My mother lives in a suburb of St. Petersburg (Seminole). I have an aunt and uncle in Brandon (suburb of Tampa) and another aunt and uncle who live in Naples. In late October, I traveled with three colleagues to the west side of the Gulf of Mexico, but a bit further south than Tampa or Naples.

I have been to Mexico many times. In my younger days, I drove from Denton, Texas to the Texas/Mexico border, visiting towns such as Matamoros and Ojinaga, sometimes crossing the Rio Grande River in a rowboat, and learning about life in small town Mexico (beer just tastes better there). Later on, I began to visit spots along The Mexican Riviera (Tulum is my favorite). I have also traveled west from Cancun, driving to the western part of the Yucatan Peninsula to spend some time in Merida (another excellent city to explore).

Flying to Veracruz is relatively easy. The Omaha to Houston to Veracruz flight track is nearly seamless. Xalapa is an easy 80 minute scenic drive from the Veracruz airport. Houston’s George H. W. Bush is marked by an easy, but long, path between gates. Immigration and customs stops are reasonable, a big improvement from that mess that is called O’Hare. The Veracruz airport is small, just a few gates, but exiting takes way too long (customs is slow). They have a red light/green light system for randomly (is it really random?) selecting passengers for bag search. One of those in our group, not me, drew the red light and got to show off their underwear and socks. It’s funny, but only if it isn’t your skivvies being seen by one and all.

Most of our time was spent in Xalapa, more specifically at the Universidad Anahuac (UA). My visit was a follow-up to the UA business school dean’s visit to UNO earlier this year. The two of us are exploring avenues of collaboration: joint research, faculty exchanges, and/or student exchanges. We are already working on the language for a memorandum of understanding (an agreement to work together), and the next visitor is likely to be a faculty member from UA who has a keen interest in our behavioral lab. I am optimistic that exchanges will follow, and that one or more of our Spanish-fluent faculty members will be the next to go.

UA has a very scenic campus located in a most impressive part of the world. Xalapa, a sister city to Omaha, has a population of nearly 550,000. Its elevation, over 4,600 feet, is high enough to avoid the summer heat felt at lower elevations. Yet it rarely gets “cold”.  The lush vegetation, rolling hills, waterfalls, extensive parks, and culture makes it a place to visit again and again. Xalapa was part of the Aztec Empire before the arrival of the Spanish conquistadors. The spanish-influenced architecture, especially on the older municipal buildings and churches stands out, making a walk virtually anywhere in downtown Xalapa a real treat. We were fortunate to be at the central plaza on a Sunday afternoon, watching children being entertained by a clown, listening to live music, and observing as vendors hawked their wares. I could go there every Sunday and never get tired of the streetscape and the smiles on the children’s faces.

U.S. Grant (that one, the dude on the fifty dollar bill) found himself in Xalapa in 1847 as part of the Mexican-American war (his opponent was Santa Anna; yes the Santa Anna from Alamo fame). Grant, then a lieutenant in the U.S. army, wrote that Jalapa (an earlier spelling) was…”decidedly the most beautiful place I ever saw in my whole life.” He described its climate as “the best in the world.”

I am providing a number of pictures from Xalapa, including that of a church damaged by an earthquake (missing bell and clock on the left side). And, yes, that’s a payphone. There are not many of these left in the U.S., but in Mexico they can still be found in large towns and rural areas. We found a red one in Xalapa, much easier to spot than the boring black ones seen in most places. 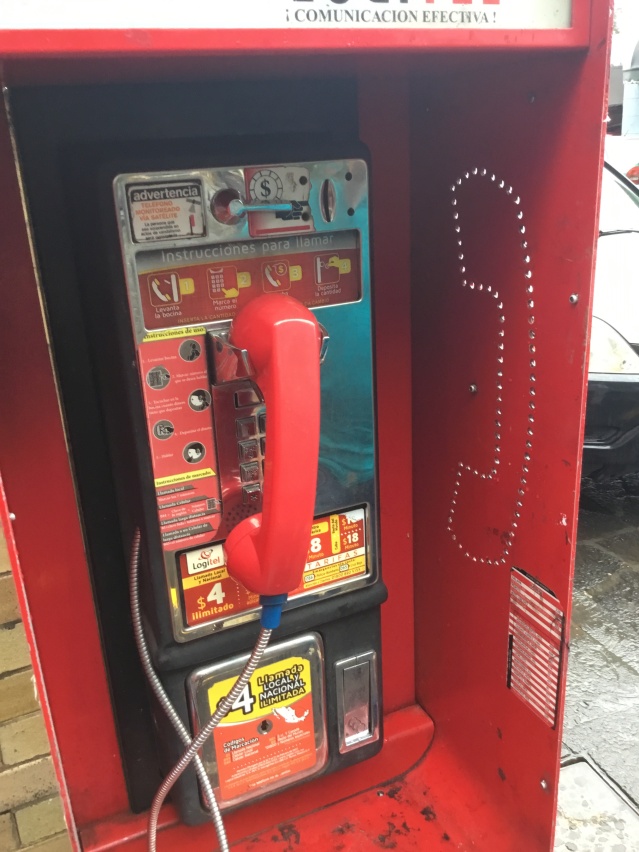 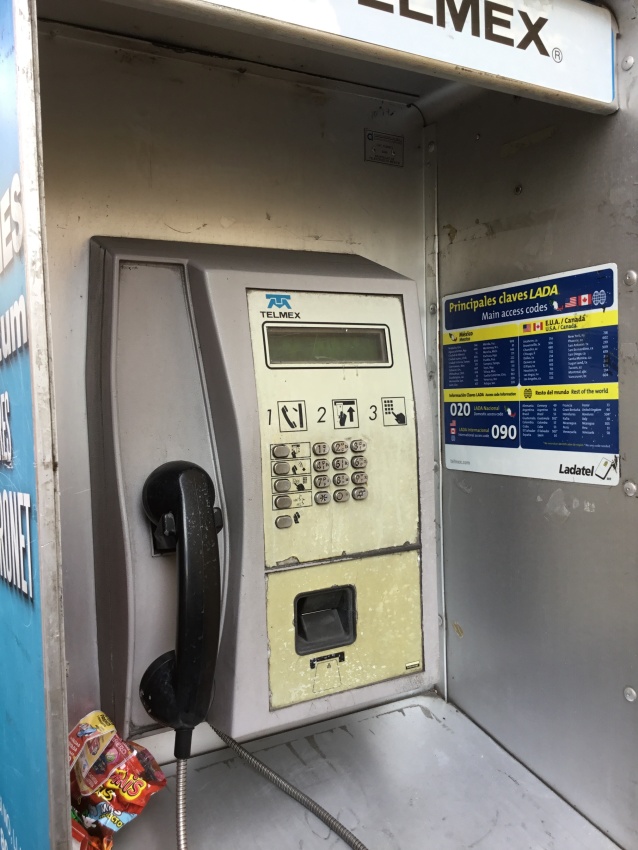 Our time in Veracruz was spent at the port. Ports are very cool places. The collection of goods that passes through daily is overwhelming, and the complexity of the movement of containers and automobiles from ship to shore is most interesting to observe and read about. We were lucky on this visit, because we saw the old port in operation (see the crane and containers stacked on the dock) as well as the new port, which is still under construction (see bigger cranes). The new port is being built on “land” reclaimed from the sea. That is, sand has been dredged from the bottom of the harbor and relocated to expand the size of the area that can be used to house port facilities. When opened in June 2019, cargo capacity will have been increased from 28 to 95 million tons a year. Yep, that’s a lot. At the same time, the longest break water in Latin America has been constructed to protect the port – 2.67 miles long, nearly 20 feet wide. It can resist waves of over 26 feet and winds of more than 124 miles per hour. In all, the new port will have 35 births spread out over five terminal buildings.