It was back to Dallas in the second week of June, but this time we decided to drive. Too many trips through Love Field made us want to view the countryside and drive through places we had not seen in more than a decade. What does that have to do with The Gaming of America? We’ll get there soon, but first an update regarding the melee at Love Field.

In my last post, I wrote about the dustup at Love Field between a rock wielding guy and his ex-girlfriend that resulted in bullets flying, the guy getting shot at by airport police nine times (they hit him three times, which is great for baseball but not-so-good at a busy airport), passengers running for cover and ducking behind any object they could find, and significant flight delays as the back up in the security process reached a reported three hours. While I did not fly into or out of Love Field on this trip, I was there three times: to pick up my mother, to pick up my son Pete, and to drop off Pete. So, I had the opportunity to be at the site of the rock and gun play just a few days after the incident. During my drive-throughs/stops, it was clear that all had returned to normal. I could not detect that any rocks were missing, nor did any gun casings remain. The shootee was still in the hospital, I think. Next stop, jail. What I did see that was out-of-the-ordinary was the glass on the face of the baggage claim area that took a bullet. 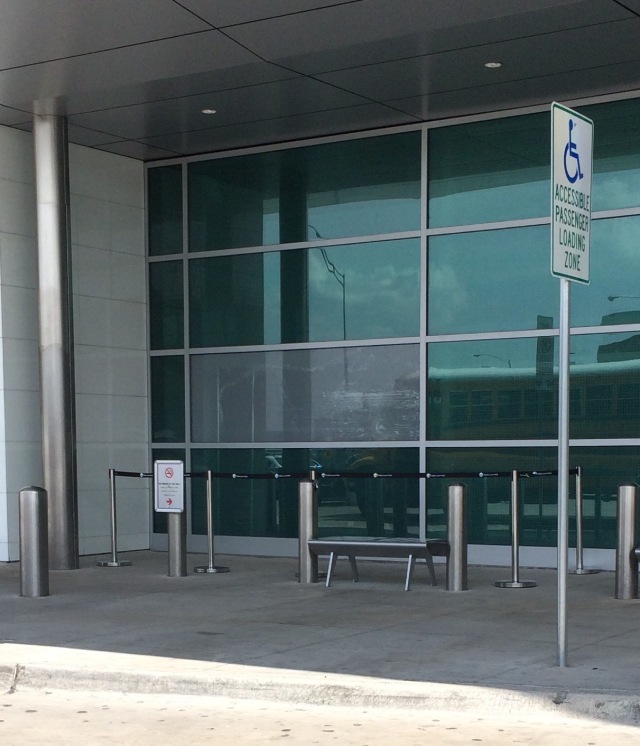 As you can observe, the bullet mark is high, shoulder or above. If you have seen the video, you know there was panic that day. After seeing the bullet mark, you now know that it was fortunate that the six bullets that did not strike the rock guy, did not end up in someone else’s shoulder, arm, or head.

Now back to this gaming stuff. The drive from Omaha to North Dallas; in particular, my sister’s home is 648 miles. The route we take has us travel from Omaha on Highway 75 through southeast Nebraska to Topeka. From there we get on I-335, the Kansas Turnpike, which becomes I-35 (or as they say in California, the 35). Keep in mind that the 35 runs from Duluth to Laredo. The 35 is the main route of travel the rest of the way after I-335 to my sister’s house. So, during the drive one gets to see places like Emporia and Wichita Kansas, Bramen, Blackwell, Guthrie and Oklahoma City Oklahoma, the Arbuckle Mountains in Oklahoma (there should be a name change from mountains to hills, the tallest point in the Arbuckle Mountains is 1,400 feet above sea level), and Gainesville, Sanger, Denton and Farmers Branch Texas. 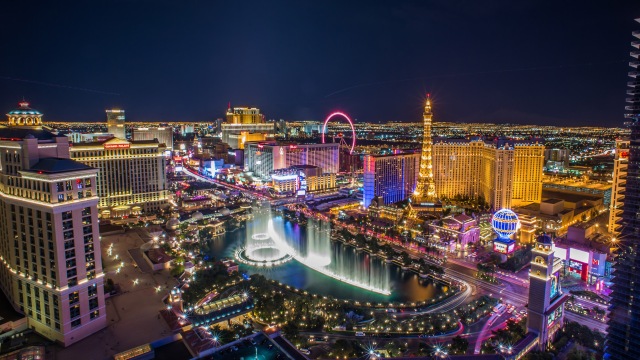 Casino gambling has been with us (in the US) for decades. At an earlier time, Atlantic City and Las Vegas were the best-known destinations for card playing, craps tables, slot machines, roulette, as well as musical shows and other entertainment. More recently, especially in the last decade, casinos have begun to pop up nearly everywhere, just like dandelions in the spring and early summer and blackheads on a newly minted teenager. Because I had not travelled from Omaha to Dallas by automobile in a long time, but I had travelled there by car many times in the 1980s and 1990s, I wanted to observe what was different. One big change is the proliferation of casinos, especially in Oklahoma.

There are a lot of casinos between here and Dallas, a whole lot. Oklahoma, in particular, is now the home to more than 70 casinos, many of which can be found just off the 35. But, I do not want to leave out Kansas, especially the Sac and Fox Casino north of Topeka, not too far from Holton. Let me give you a list of all those we saw.

If you have a gambling problem and trouble fighting off the urge to go into a casino, stay off the 35 in Oklahoma. 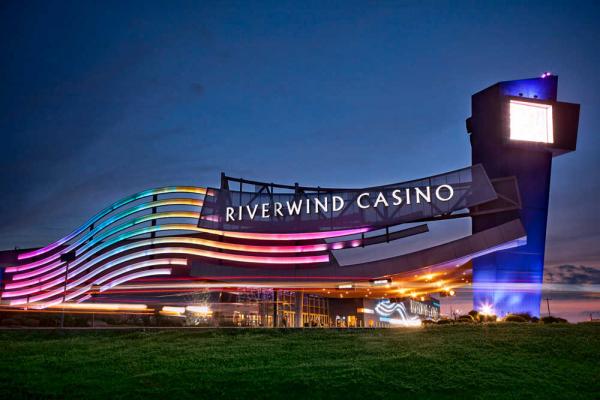 One more observation about Oklahoma, but first let me note again that I lived in Stillwater from 1961 to 1964. As you well know, Oklahoma is an oil and gas state. In the early 1960s, there was a great deal of visual evidence about the dominance of oil over the state. Oil derricks were the most distinctive feature of the Oklahoma City skyline. Out in the hinterland, donkeys worked tirelessly as the sucked that black gold out of the ground. However, today when nearing the Oklahoma border from Kansas on the 35, an odd visual (for me) emerges, a rather large wind field just south of the border and right in the middle of an active oil field. Imagine seeing a 280’ wind turbine with adjacent donkeys. Now, mix in herds of cattle and you have a very confusing scene, certainly not one I ever expected.

There are wind fields in other parts of the state, including on the north end of the Arbuckle Mountains (hills). Turbines, donkeys, and cattle all get along, no talk of about who got there first or the construction of a wall to keep one or more of them out. I decided to check on the role of renewable energy in Oklahoma. I discovered that with respect to in-state consumption, currently 18 percent of all energy comes from renewable sources, with a goal of having more than 25 percent from renewable sources in 2020. 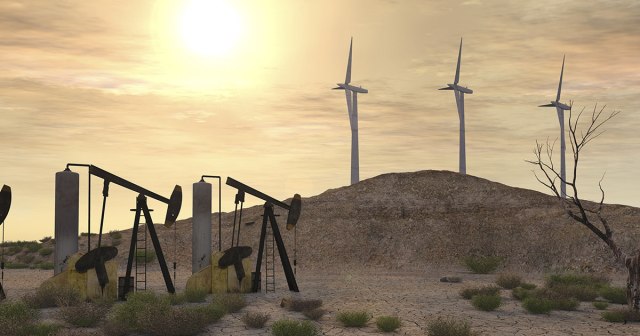 I must also tell you about our side trip to Langston, Oklahoma. Langston lies about 10 miles east of the 35 at the Guthrie exit. Langston is also home to Langston University, the only historically black university in Oklahoma. In 1962 I played on a basketball team with my best friend whose father was our coach. I was the only white guy on a basketball team in the south in 1963. I will write more about this experience in a later post. Our coach was a graduate student at Oklahoma State University, but he also had an affiliation with Langston University. I bring it up here because on this trip we took a detour so that I could see Langston University today. It has a very nice campus, with research specialties that are not found on many other campuses (e.g., they have a Center for Goat Studies). There are many new buildings, but I was looking for an old one (I never found it). It was a field house, where I played basketball in in 1962.

I know, this is a long post, but I need to include one more story. On my first trip to Love Field, the one where I picked up my mother, I saw Donald Trump’s plane on the north end of the airport readying for departure. The night before (Thursday) he was a Gilley’s, a large cowboy gathering place speaking about making America great again, whatever that means. News reports indicate that he did not sign up for any mechanical bull rides during his visit. Gilley’s was not his first choice for venue. The cities of Grand Prairie and Irving turned him down, using the “too much traffic” reason. He was on to Houston for a Friday night rally, so by the time we gathered up my mother and drove back north, the plane and Donald were gone. 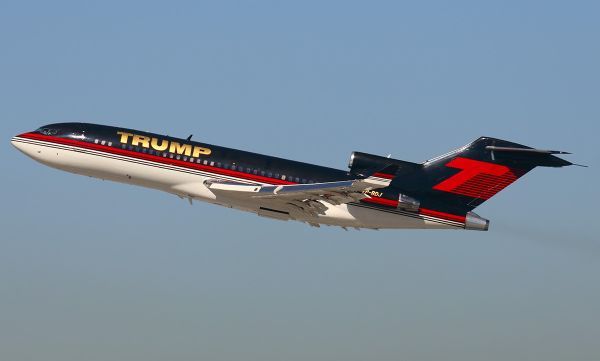